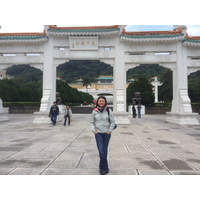 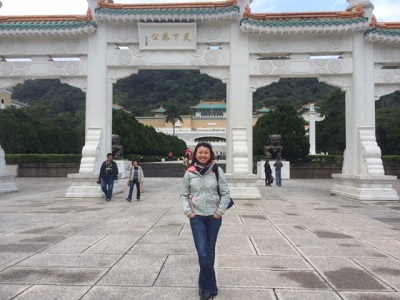 Lesley Chuang is a civil litigation defense attorney in private practice in Boston. She joined NAAAP Boston in 2012 after graduating from law school. Lesley began as a volunteer and later served as the Administrative Officer from 2012 to 2013 and the Vice President of Programming from 2013 to 2014. During her tenure as the VP of Programming, Lesley was a founding member of the NAAAP Boston Toastmasters Club and subsequently received both the Competent Communicator and the Competent Leader awards. In 2015, Lesley was elected to the Board of Directors and she is currently serving her second term on the Board. She additionally serves as a board mentor for both Women in NAAAP and Successful Parents in NAAAP.

Passionate about leadership development for Asian American women, Lesley helped launch the Lean In Circle program for Women in NAAAP (“WIN”) in 2014. The mission of WIN is to build competent and confident women leaders within NAAAP Boston and within the AAPI community. As the VP of Programming, Lesley sought to invigorate WIN by adding the Lean In Circle as a regular peer-to-peer mentoring program. In May 2014, Lesley and Mandy Xu, a former NAAAP Boston leader, invited a group of twelve women with diverse backgrounds to participate in the pilot Lean In Circle. In the first few months, the pilot Circle covered topics such as a book club discussion on Lean In, lessons learned from failure, body language, and personal branding. The feedback was overwhelmingly positive. Based on the success of the pilot Circle, Lesley applied and received a grant from NAAAP National to formally launch the Lean In Circle program for WIN in November 2014.

Recognizing that many of NAAAP Boston’s members are working parents, Lesley helped launch Successful Parents in NAAAP (“SPIN”) in November 2016. SPIN aims to engage and support AAPI parents by providing culturally relevant resources and cultivating a community to help them succeed in their professional and personal lives. Since SPIN’s inception, Lesley has hosted SPIN playgroups and secured speakers and venues for workshops.

Born and raised in Taiwan, Lesley spent five years in New Zealand as a teen. She received her B.S. from Union College, M.A. from Princeton University, and J.D. from the University of Connecticut School of Law. Lesley is also a graduate of the Commonwealth Seminar. Lesley’s passion project, the Common List, showcases the diverse organizations serving the AAPI community in the Commonwealth of Massachusetts.

Through volunteering at NAAAP Boston, Lesley has expanded her professional network, developed leadership skills, and had countless opportunities to give back to the Boston AAPI community. She is proud of NAAAP Boston’s commitment to leadership, education, accountability, and diversity and looks forward to helping NAAAP Boston become the premier leadership organization for AAPI professionals in Greater Boston and beyond.